In this note, based on a discussion with the manufacturer, we look at this new release, how it compares to typical analytics, and the outlook for this new offering.

Physically, the BLK247 is similar to an elongated dome camera, with the LIDAR scanner contained in the dome and cameras around its base. It contains the following sensors/cameras: 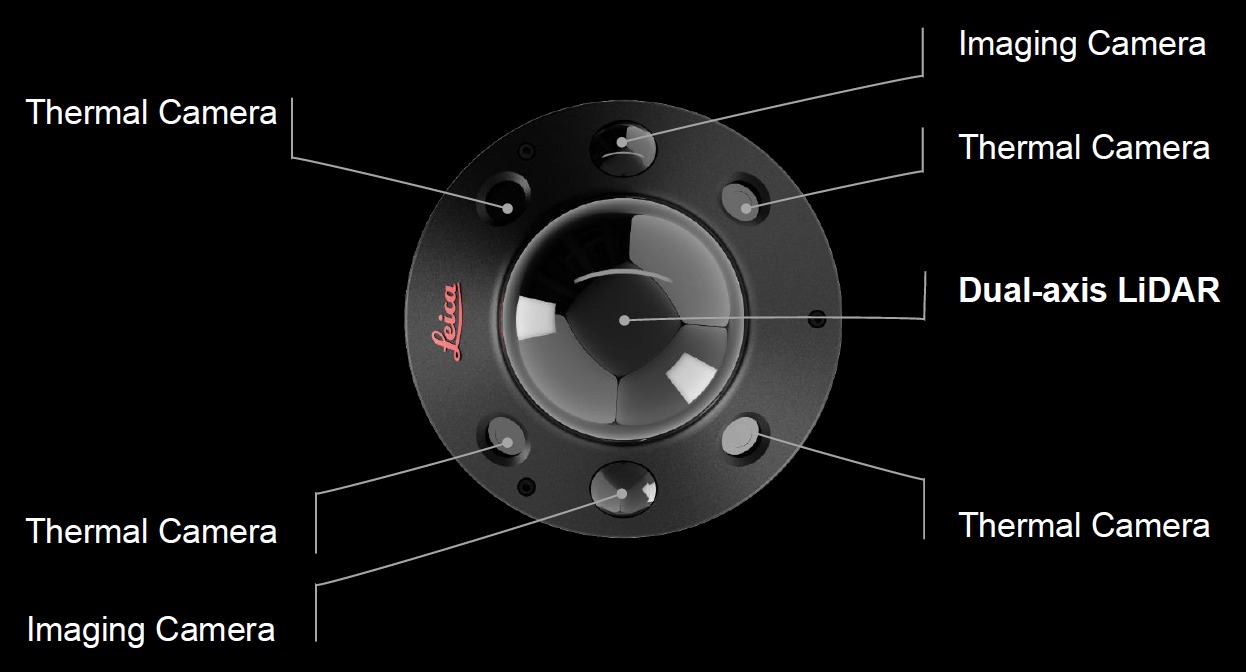 The BLK247 uses on-board AI to detect people, using LIDAR, visible, and thermal cameras in parallel for detection. It uses its AI to determine valid alarms across the sensors/ cameras. Unlike typical camera analytics and AI, LIDAR uses three dimensions to analyze these objects, which could improve accuracy by estimating the volume of objects, which provides an additional “filter” to ensure they are valid (e.g., sunlight, shadows, wind, debris).

Currently, the BLK247 includes people detection and left/removed object detection, but Leica plans to introduce the detection of other objects (such as vehicles and animals) in the future.

Leica emphasized that the BLK247 hardware and software was developed in Europe and are not manufactured in China.

The BLK247 currently integrates with Czech startup TacticAware’s Accur8vision 3D security software, which integrates LIDAR along with visible and thermal cameras to show devices on a 3D rendered map (below). 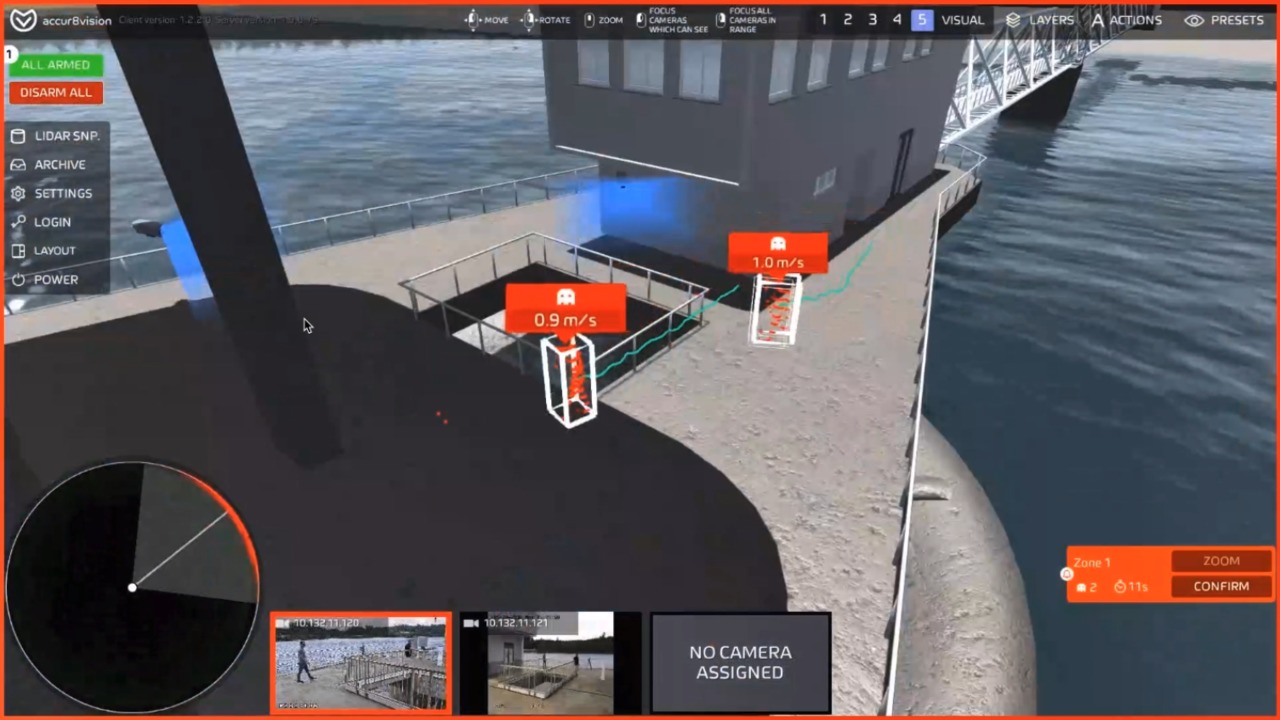 The BLK247 has an MSRP of €15,000 – ~$16,350 USD. Leica plans to release it through their existing channel, including online, at a minimum advertised price, as well as through integrators, with dealer discounts.

Leica’s main claim against typical analytics is improved accuracy due to three dimensional, volumetric detection. Where video analytics “see” only a flat projection of a person, vehicle, or other objects, the BLK247 may approximate its volume and filter alarms accordingly. This could eliminate alerts from things like shadows, branches, and raindrops which regularly trigger many analytics.

Leica also points out that this three-dimensional detection gives it advantages in object left behind and removed detection, as they may detect the suspected object’s volume to further confirm its presence, where cameras only recognize it visibly. Object left behind/removed analytics have historically performed very poorly.

Finally, LIDAR detection does not require light, either visible or infrared, so it does not suffer from poor lighting, weak IR illumination, overexposure, noise, etc.

However, the BLK247 is very expensive compared to even premium analytic cameras, such as Avigilon’s H5A or Bosch’s IVA models. For the price of a single BLK247, users may likely purchase 12-15 analytic cameras. Further, given that the BLK247 includes only fisheye panoramic visible cameras, users will likely still need to install separate cameras for higher quality identifying details, further driving cost of the BLK247.

Additionally, Leica’s detection range is limited to ~30m, relatively short compared to many analytics which may detect as low as 5-10 PPF across a wide FOV, detecting subjects at 200’+ in our tests (see Camera Analytics Shootout). This makes the BLK247 expensive to deploy in very wide areas.

Finally, given the increase in better performing AI/analytic cameras, such as Avigilon’s H5A, Bosch IVA, or even Dahua’s low cost Analytics+, which already suffer from few false alarms, users may not find the BLK247’s potential increased accuracy worth the significant price premium.

Compared to Other LIDARs

Over the past few years, a few LIDAR developers have marketed to video surveillance, though they offered their LIDAR alone, requiring integration with existing cameras.

On the plus side for those LIDARs, they are less expensive (though still not cheap at ~$5,000). On the negative side, they require integration and are not as turn-key as the Leica solution.

How well they work is a major question. We have not tested any LIDAR yet so we cannot make claims here.

The BLK247 is an interesting entrant with some potential advantages versus typical analytics, especially in high-end applications such as airports (where abandoned object detection is desirable) or critical infrastructure (such as railways, where objects on tracks or in tunnels require costly shutdowns).

However, its price is likely to be prohibitive in most applications where lower cost AI/analytic cameras may perform many of the same functions.